Although not as popular as gas fired tankless systems, we do get the occasional request to install electric tankless water heaters here in our area. They can be a great option in certain circumstances, but generally do not perform well here in the colder climate of the Pacific Northwest. The culprit is colder incoming ground water temperature, which can drop into the 40’s in the middle of winter here. This means that a tankless unit must raise the temperature 70-75 degrees to supply 120 degree water. Even the most powerful electric tankless unit (Stiebel Eltron Tempra 36) will only produce around 3.5 gallons per minute under those conditions. While this will work in a cabin or smaller home, it is not generally suited for the average whole house application where multiple users can need hot water at the same time. By comparison, if you were to install the Stiebel Eltron Tempra 36 in a warmer area like southern California, where ground water temperatures stay in the 70’s year round, you would get 5.5 gallons per minute at 120 degrees, which is even better than the most powerful GAS tankless units installed in our area. 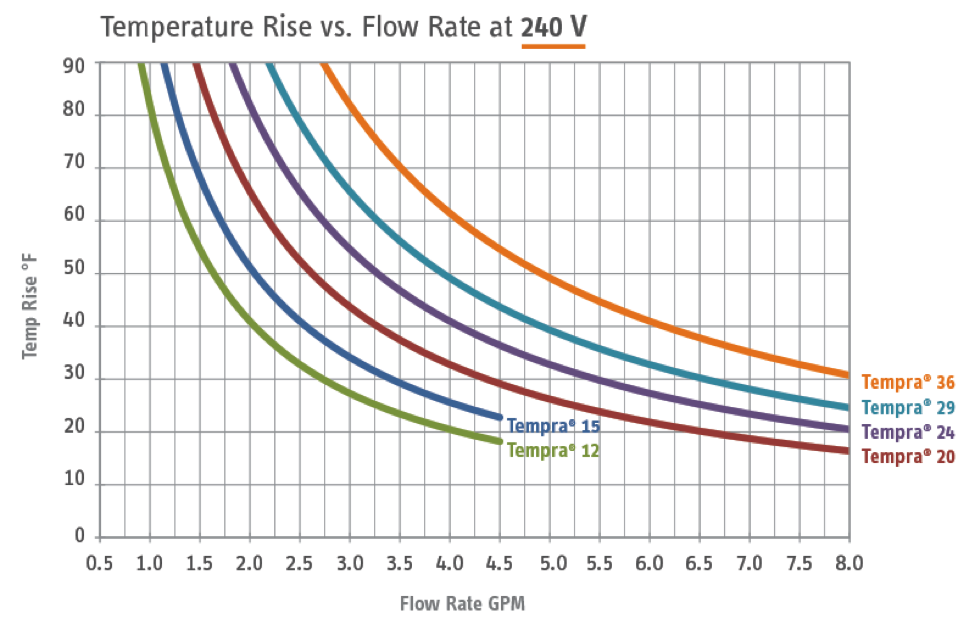 If you have a smaller 1 bedroom/bathroom home or cabin, especially where there is no chance for multiple users wanting hot water at the same time, then the electric tankless unit can work. We have installed several brands but now only recommend the Stiebel Eltron line. Learn more about their Tempra series water heaters here: http://www.stiebel-eltron-usa.com/tempra.html

How Can We Help You Today?

Questions? Need to schedule an appointment? Please use the form to the right. With heating emergencies, please call us at 425-883-4871.

We are OPEN! Kodiak Heating and Cooling is designated as Essential Services because heat is essential! Our technicians are taking special precautions to ensure that we keep ourselves, your location and our equipment sanitized. Rest assured that we are available to meet your needs like always and that we are keenly aware of the need to be protective of your home.